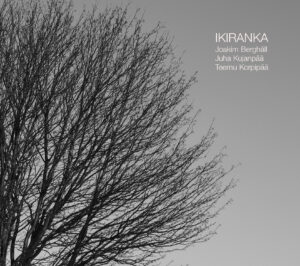 Ikiranka calls their listener to stop and seize the moment. The album speakes out on the hectic modern life, where the primate anthropoid (who still thinks that digital watches are a neat idea) has been taught to believe that all kinds of things must happen all the time.

The name ”Ikiranka” is Finnish and originates in the similarities in sound production between harmonium and saxophone. Both of the instruments essentially utilize air that causes reeds to vibrate. The first experiments in freely vibrating reed organs were made in Denmark in the late 18th Century, while the shepherds in the North were carving their early woodwind instruments.